The ’Groninger Bodem Beweging’ (GBB) is a community organization founded at November 6th 2009 with the aim to defend the interests and needs of people who suffer (financially and/or emotionally) the causes (direct or indirect) of gas extraction in Groningen, Netherlands. Since the founding of the GBB the amount of earthquakes has greatly increased. Because of the strong earthquakes in 2012 en 2013, and most recent in 2018, the complexity of the problems became bigger and bigger and houses, cultural heritage and historical churches were seriously damaged.

Due to these developments, the aim of the GBB focus more on safety of the inhabitants, though the injury claims handling remained as important. Besides this the focus of the ‘target group’ changed. This has been expanded from people with actual damage to all ‘Groningers’ and we achieve with the press and media the whole Netherlands and even far beyond the Dutch borders!

The GBB is often in the news to bring this issue to the attention of the media and advocates: 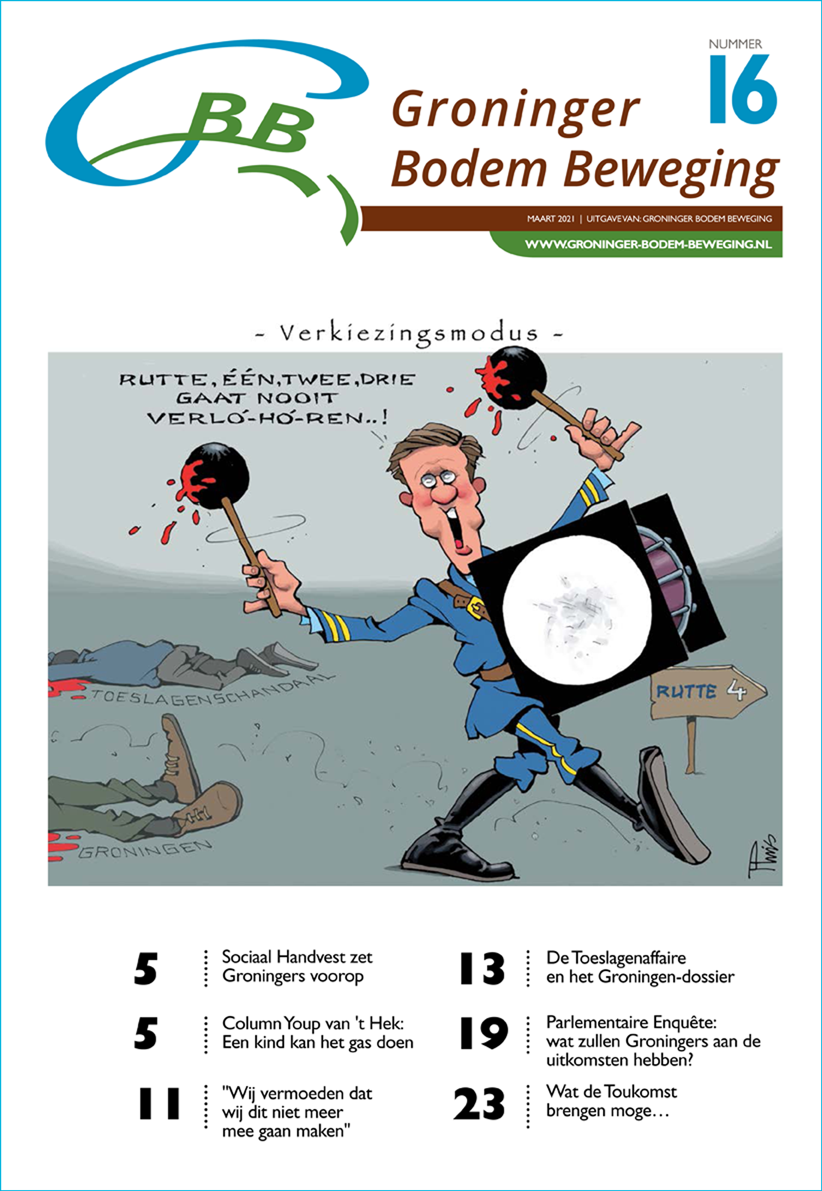